The store will not work correctly in the case when cookies are disabled.
Lifestyle , Health 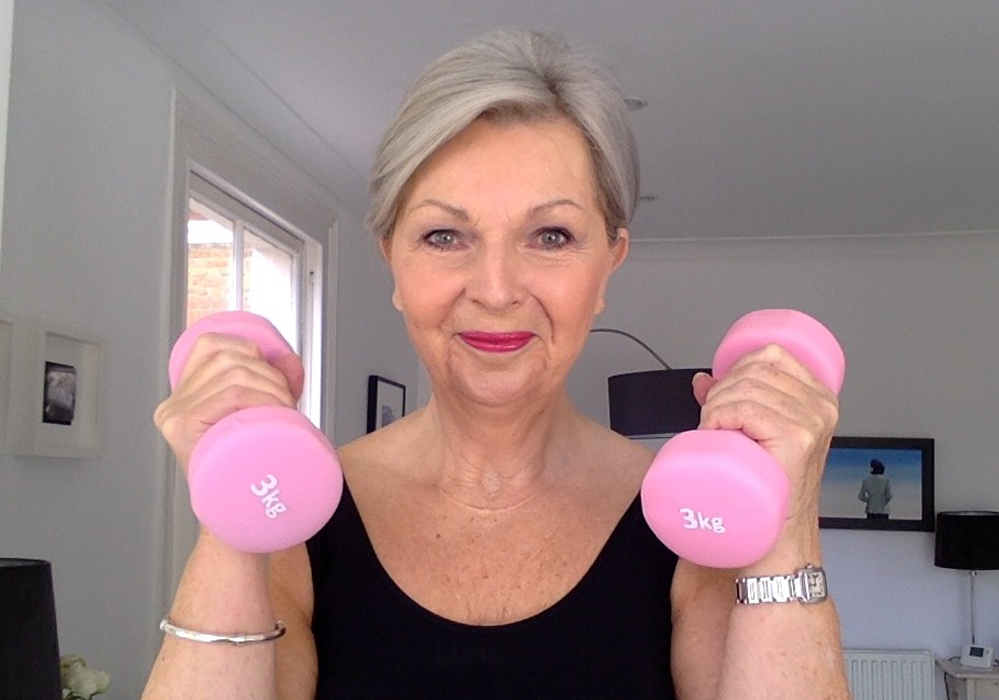 by Tricia Cusden
LFF Founder
Frail, weak, infirm, incapacitated, vulnerable. I don’t know about you but those words strike fear into my heart as I wade ever deeper into the waters of old age. I have grown up with the notion that ageing inevitably leads to increasing enfeeblement as our muscles wither away and we head towards shuffling geriatric debility.

And it is true that once we pass 50 we lose on average 1% of our body’s muscle mass every year. So, at 72, I could potentially have lost nearly a quarter of the strength and physical power I may have possessed in mid-life. I have just learned that the name for this muscle wastage is sarcopenia and it’s caused by the fact that with age our bodies become less efficient at turning protein into muscle.

By the age of 80, sarcopenia may be responsible for many debilitating age-related diseases including osteoporosis, type 2 diabetes and dementia.

Sarcopenia also has a major psychological effect. If we feel weak, doddery on our feet and frail then we’re much more likely to fall over, and the fear of falling causes the vicious cycle of less and less activity and ever increasing muscle wastage. I’m also aware that lockdown with it’s severe curtailment of normal every day activity has led me to sit for hours at a time working on my laptop, reading on my kindle and doing jigsaw puzzles. For the coming winter months I’ve decided to set myself some stretching fitness goals using my exercise bike, but they mainly take care of aerobic capacity. Those sessions do little to increase or, at the very least, maintain my physical strength. So, what to do? Well, the good news is that we don’t need to head to the gym, nor do we need lots of complicated equipment. We just need to be aware of the importance of loading our muscles so that they have to work a bit harder and then incrementally increasing the load that our muscles can bear.

Spinach anyone? Popeye wasn’t wrong! Diet is important too, and studies show that Vitamin C and magnesium play a significant role in muscle health. A study by scientists of 5,700 older people by University College London showed that those who stick most closely to a Mediterranean diet are less than half as likely to become frail over a 4 year period than those who followed it less closely. I’ve mentioned this before in relation to weight control and longer- life studies, but it really does seem that a diet consisting of lots of fruit, leafy green vegetables and olive oil with moderate amounts of fish, poultry and dairy, and with low intake of red meat and added sugar is the way to go. Vitamin C is found in citrus fruits, but is also present in coloured vegetables like carrots and peppers (and spinach) as well as bananas, apples and pears. Plant foods are also a good source of magnesium, as is fish.

The more everyday physical activity you do, the stronger your muscles will be. Gardening is brilliant because you’ll be using your whole body through a range of movements, but so is brisk walking, carrying heavy shopping bags and energetic housework. However, as I am an occasional gardener in my tiny plot in Wimbledon, loathe housework and only shop a couple of times a week since Covid struck, I know that I need to make a concerted effort to stave off the inevitable sarcopenia. So, I have equipped myself with 3 sets of weights of 1, 2 and 3 kg and I now use them to do a series of exercises which are designed to maintain and (hopefully) gradually increase my muscle strength. Apart from the weights (each set was about £14 and I bought them online), my muscle strengthening routines require no other equipment and very little room. Here’s what I have found works for me:

This is where you go from standing and then bend your knees as if you are going to sit down in a chair, and then push yourself back up to a standing position. Make sure that your knees are not over your feet, but back slightly so that your leg muscles are working to maintain your position. A daily routine starting with just 60 seconds of squats will significantly boost strength. Why? Because squats engage the most powerful muscle groups in your legs and buttocks and also recruit multiple joints including the hips, knees and ankles. Start with 60 seconds of squats daily and add more as you feel you can. Fast and furious isn’t necessary - a slower squat still loads the same muscles and joints. In addition all movements that lift your own body weight is a form of resistance training. So, lunges, push ups, bear crawls and planks could be added to your squatting routine to bolster strength.

Many of you will know that I spent the first 69 years of my life as a virtual couch potato, so when I use my weights I feel ridiculously sporty (and yes, I know how daft that sounds!). At one, two and three kilos my weights are not impressively heavy but they don’t need to be. I’m not aiming for bulging biceps, but creating muscle fatigue, so it doesn’t matter if that happens lifting lighter weights more often. Holding one weight in two hands or one in each I can create a workout designed to strengthen muscle groups in my upper body, including my arms, shoulders, back, chest, waist and stomach. I reckon that my manic pedalling on my exercise bike really helps to strengthen my calf and thigh muscles, so most weeks I am maintaining and hopefully enhancing my overall physical health and preventing the dreaded sarcopenia.

How can you measure how strong you are? Quite simply by using a dynamometer to do a grip strength test which is highly predictive of functional limitations and frailty in later life. In October 2017 I had one of those head to toe health check-ups. I was approaching 70 and felt that a physical once-over might be helpful. It showed that I was slightly overweight, had slightly raised cholesterol but was generally very healthy. My grip strength was ‘good’ at 31.4kg, which put me on a par with a female of 55-59 with a strong grip. Three years later I have considerably upped my level of aerobic activity with my exercise bike and I’ve also worked with Lindsay, a personal trainer in twice weekly sessions. I was interested to see if any of that had made me stronger, so this week I bought a Dynamometer for £12.99 online and did the test this morning. Gratifyingly, despite being three years older, my grip strength is now 34.8 kg putting me on a par with a female of 35-39 with a strong grip strength and way above the average for my age which is in the range of 14.7 (weak) 14.7 - 24.5 (normal) or more than 24.5kg (strong).

I hope you don’t think that I am being smug, complacent or that I am saying ‘look how wonderful I am’. I eschewed everything to do with exercise and fitness for my whole life until I became really scared of becoming a little, shrunken, humpy-backed old lady who couldn’t cut her own toenails. I made a decision that If I am lucky enough to have another twenty plus years of life, I’d like to enjoy those extra years as a fit, active and strong old lady. I left it really late, but I am now fully committed to my regular sessions on my bike, my squats, lunges, weights and whatever else will keep that dreaded sarcopenia at bay. I am living testament that it really is never too late to take yourself in hand and improve your chances of a healthier and fitter old age.

Please do leave your comments below! Tricia x