The store will not work correctly in the case when cookies are disabled.
Makeup

Makeup and The Older Woman 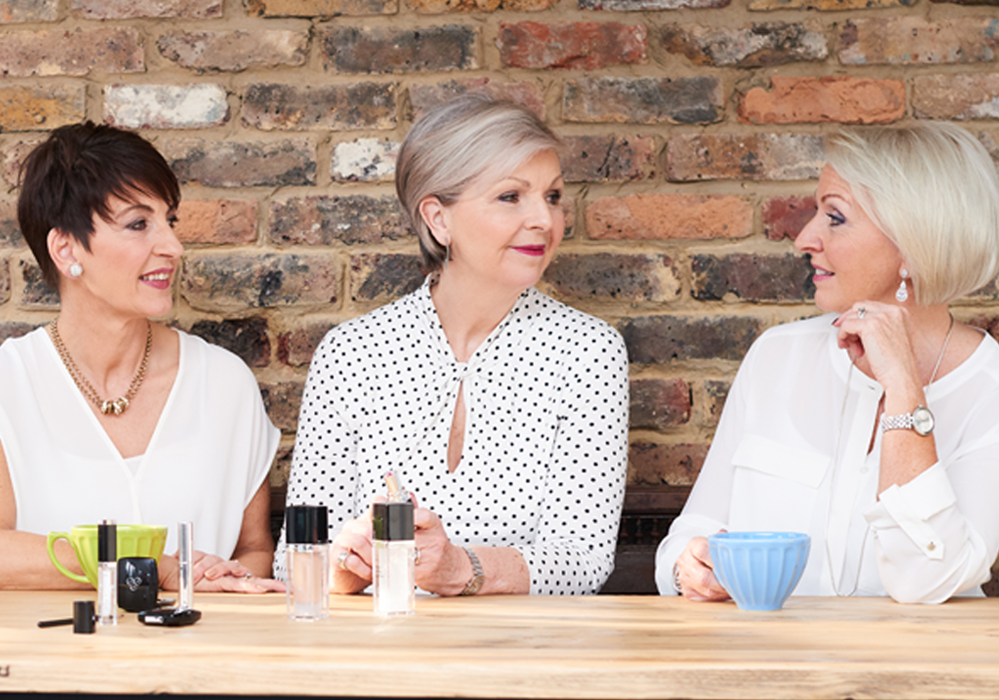 I think you already know that I did no market research before I launched Look Fabulous Forever nine years ago. Partly because I wouldn’t have known where to begin and partly because I had a very strong intuition that I couldn't be the only woman in the UK who loved makeup and wanted it to suit my older face better than the products that I was being offered on beauty counters.

During the months leading to the launch in October 2013 I had nothing but enthusiasm and encouragement from everyone I met with one notable exception. A man I met at a lunch party who worked for A Luxury Makeup Brand, who listened to my idea and said with great condescension: “I’m sorry to tell you this but I’m afraid your business will fail. If this was a good idea the big beauty brands would already have done it. The reality is that older women don't buy or want to wear much makeup and anyway they tend to be very loyal to those products they have always bought.”

My reaction was to be quietly, determinedly confident. “I’ll show you how wrong you are!” was my immediate thought, and happily, the success of Look Fabulous Forever has exceeded my wildest dreams.

Four weeks ago in a blog called ‘Looking Good, Feeling Great’ I asked for your feedback in the form of a research questionnaire. I wanted to put some evidence behind my belief that wearing makeup has even more impact on the morale and confidence of older women than on younger ones. I also wanted to find out how makeup helps you to weather various storms, and in particular the recent past during which the older generation has been made to feel especially vulnerable thanks to the pandemic. I was truly flabbergasted by your response. Over 1700 of you completed our online form and this has given us some incredibly rich data and more importantly, a great deal of anecdotal evidence of how and why makeup is so important to you. So, this week I thought you’d like to know the main findings from the research.

> Of the women surveyed 94% are LFF customers and 86% wear makeup every day or most days.

> 54% feel positive about getting older, only 6% say it’s more bad than good.

> 95% think that makeup makes them feel more positive about how they look as they get older.

> 56% felt that Covid lockdowns had no affect on their mental health.

> 58% wore makeup every day or most days during lockdowns

> 86% said that it helped them to feel more positive; 69% said it made them feel like they still mattered.

> Amongst women who wear makeup everyday, 96% said that makeup can help you to stay positive when there are worrying external factors (like a pandemic or cost of living crisis) which are outside your control. 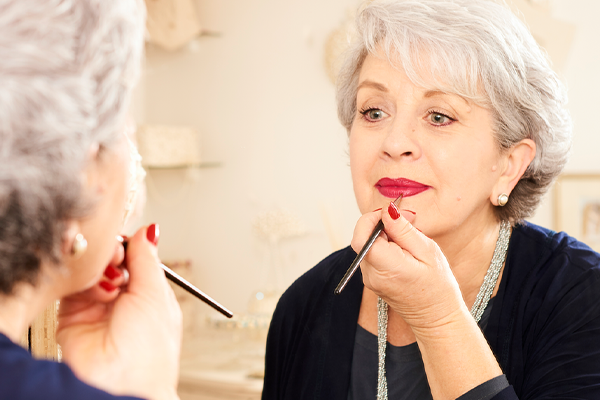 > The high level of makeup usage during Covid whilst makeup sales to younger women plummeted.

> The role that makeup plays in positive mental health amongst older women.

And rather wonderfully, women’s outlook gets more positive as they get older: Just 7% of women in their 60s see more bad than good, vs 6% in their 70s and only 4% in their 80s.

I do realise that this poll relates exclusively to our customers who are demonstrably makeup wearers, however this doesn’t detract from the fact that 95% of those surveyed see a positive correlation between wearing makeup and feeling better about ageing. I doubt that over 86% of our research cohort is going out to social events daily, yet that is the percentage who ‘put their face on’ every day. Clear evidence that makeup is being worn because it makes us feel better regardless of whether or not we’re going to be seen in a social setting. As you can imagine, this is music to my ears whilst being a total vindication of my confidence that a makeup brand which championed and celebrated older female beauty could be a great success.

Anecdotal evidence in the research: Here is just a fraction of over 1000 truly heartwarming responses to the following two questions:

> As a younger user, I feel I have the role models of older women, in looks & advice. It has made me stronger in a world that would have me put down at any chance.

> Cancer has altered my appearance and, while learning to live with the new normal during my husband's job transfer to London, I discovered LFF and it made me feel feminine and pretty again. LFF gave me back what chemo, radiation and surgery stole.

> Wearing makeup makes me feel my best and really does act as a kind of armour out in the new world, the new-to-me city that I now live in. I think wearing makeup is part of having a sense of style which remains just as important with age. All these things contribute to confidence.

> Caring for my skin and wearing makeup is pure joy, as is choosing the day's outfit. Tricia understands this. I'm inspired by and grateful to her for being a smart, savvy, creative exemplar of the evergreen power of older women.

> Encourages me to go out and do something when I might otherwise stay home alone.

> Having suffered from episodes of depression in the past, makeup has had the effect of helping me face the day. A bit like wearing my armour.

> I am beyond retirement age but cannot afford to retire, I lack confidence but makeup and presentation can be quiet acts of defiance against those who think I am past it.

> I feel if I don’t take the time to present the best version of myself to the world, to show that I am important to me, then who else will think I’m important enough to bother with?

> When we 'paint' our faces we are engaging in an act of identity creation which is, I think, vital for older women who would otherwise be invisible, overlooked and disregarded. Applying makeup to an older face is an act of resistance in a society that devalues ageing.

> Tricia’s mantra opened my eyes to the function of making up. I had previously viewed it as armour: presenting an image of myself as an older woman in a young workforce. Refocusing on making up to present a better version of me FOR ME was quite liberating.

This is a very small selection chosen at random. If you would like to read more of the 1000+ responses, please click here. 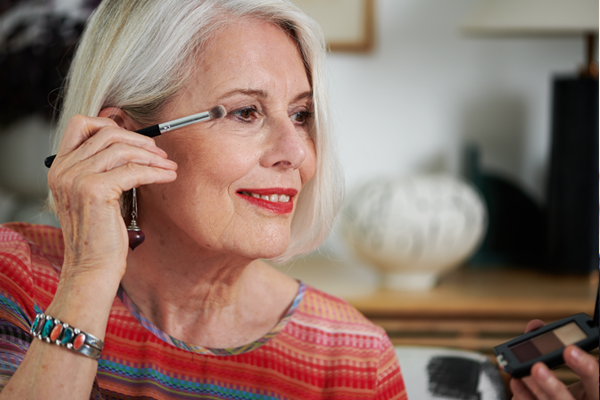 2. How do you think makeup helps you to stay positive during difficult times?

> Ageing itself is a difficult time, regardless of circumstances. I used to think I looked OK until I hit 65,when everything went downhill fast. I couldn't bear to look at my face in the mirror (not when wearing glasses or contact lenses, anyway). My skin had lost all colour, my islands of sun damage had merged to form continents, my lips and eyebrows disappeared, and I developed awful purple patches under my eyes. I'd never worn much makeup until this year, as I didn't really know how and wanted to avoid looking like a badly plastered wall. Mutton as lamb etc. LFF products and tutorials were a revelation. I can look at myself in the mirror again - and smile. Even with my contacts in!

> As I reached retirement and then afterwards I began to feel as if I was disappearing into thin air. I felt as if I contributed nothing and was insignificant. Wearing - even just a little - makeup daily made me feel like the light inside me hadn’t actually gone out, but that there was still an ember which I could stoke and which would grow stronger. It makes me feel human again.

> Difficult times require a determined and confident mindset. Putting on makeup is a significant part in the process of becoming that person.

> Even if you're not facing the world, it helps you face yourself. The whole ethos of LFF has helped me reframe getting older.

> I also find people listen to me more if I go to appointments made up. My son made a serious attempt to commit suicide on Boxing Day last year and required three hours of surgery. He was discharged into my care with no support 24 hours later. No one listened to me then when I asked questions, but if I put on my makeup and wear smarter clothes I am noticed more.

Again, This is a very small selection chosen at random. If you would like to read more of the 1000+ responses, please click here.

I can’t begin to tell you the positive impact that reading this research has had on my own confidence and morale. Who would have thought that my personal frustrations with the ageist attitudes of the beauty industry would inspire something that would resonate so powerfully with so many like-minded women? To say that it is a vindication for the fact that I launched Look Fabulous Forever on a wing and a prayer would be an under-statement. To that man at the Luxury Makeup Brand I would now say: “Please read this research. You are so blinded by your own misogyny and the ageist assumptions engrained throughout the beauty industry that you cannot understand that we older women may also love makeup and wear it for a myriad of quite complex reasons. First and foremost we do so in order to please ourselves, but we also acknowledge that it changes how people perceive and treat us for the better. So, Mr Luxury Makeup Brand, that is why I’m launching Look Fabulous Forever and why I am very confident that I will have the last laugh.”

Do leave any further comments below. I read them every Sunday and so enjoy hearing your views, as do the others who read my blog every week.

*NEW* Lip Liners - Everything You Need to Know 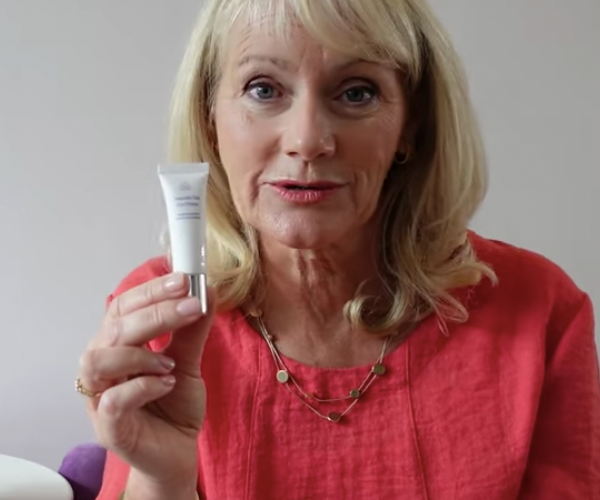 In this video our resident makeup artist Sally discusses her essential makeup must haves for a polished and professional finish... 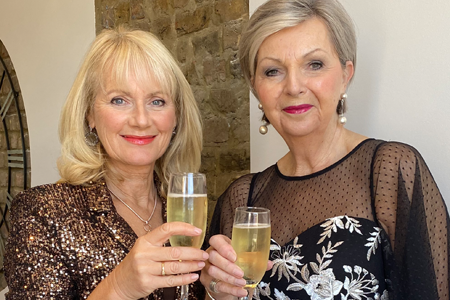 Join us for a festive beauty Q&A session with Sally and Tricia in their glamorous party outfits. We'd love to see you join the event in your glad rags too! 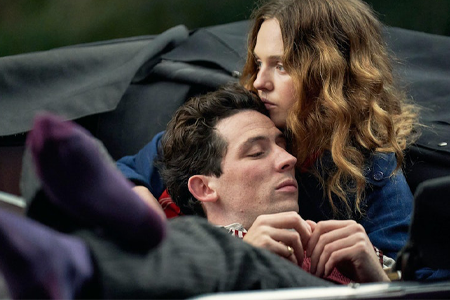 Watch the film beforehand and join us for a group discussion!

See It To Be It