The store will not work correctly in the case when cookies are disabled.
Family , Lifestyle , Challenging Ageism 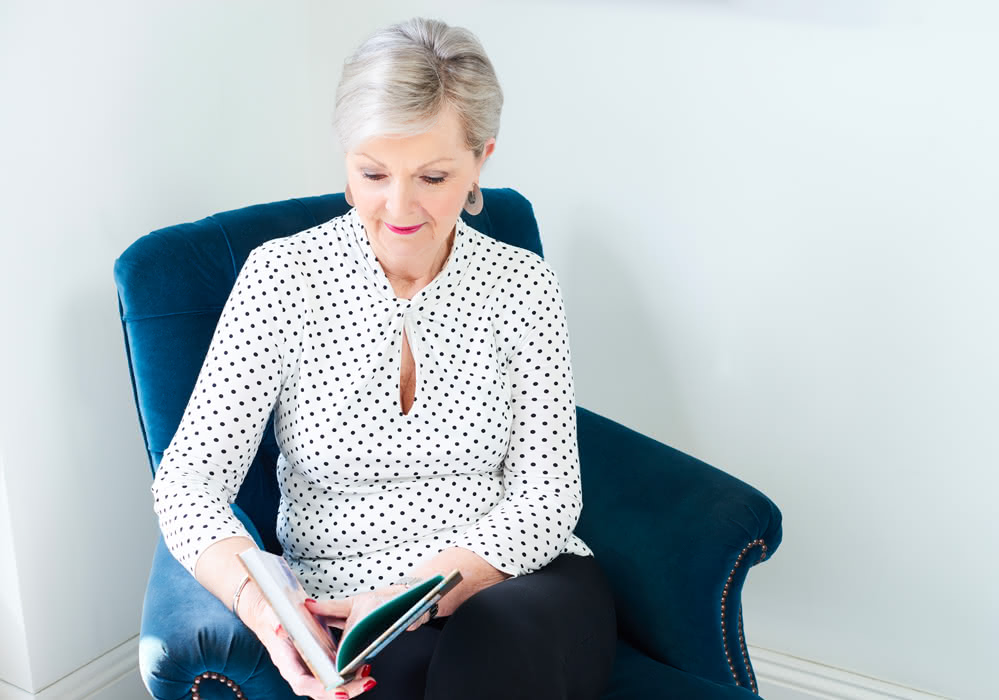 by Tricia Cusden
LFF Founder
Have you created a ‘bucket list’ - so named presumably because it’s everything you want to do before you kick the bucket? No, me neither. Not sure where my aversion comes from but maybe it’s the thought of parcelling the rest of my life up in specified goals and objectives to work through. I am all for life having direction and purpose as we get older but a ‘to-do’ list doesn’t do it for me.

However, this week on Super Troopers someone proposed a ‘reverse bucket list’ which I thought was a brilliant idea.

This was an enumeration of all those things that you are heartily glad that you are never, ever going to have to do again!

This thought got several Troopers’ creative juices flowing and was the source of much hilarity and amusement. Top amongst them appeared to be ‘Never get married again - having tried it several times!’ So I have given some thought to my Top Ten and assembled the following list fairly rapidly. I am sure that I could come up with many more but these will do for now.

My Reverse Bucket List - Thank Goodness I Will Never Ever Again:

1. Wear high heeled shoes at any kind of event

During which I have to stand for any length of time. I probably did this as recently as last year but, hobbling home afterwards in painful agony, I vowed that it would be the last time. Key criterion for any occasion now is ‘what outfit will go with blissfully comfy shoes?’

2. Be on the lookout for a likely man.

Can’t exactly pin-point when I just stopped looking but it was some time ago. For a considerable while after I got divorced 30 years ago, you could say that I was ‘open’ to the possibility that some gorgeous man might sweep me off my feet. The chances were always fairly slim that a cross between Aidan Turner and George Clooney would hove into view (preferably on a horse) but I no longer have my eyes fixed on that horizon.

3. Be paid less than a male colleague for the same work.

Yes, folks, it happened to me in the 1980s as it happened to every other female at work. Until I found out (because the male colleague told me) and I kicked up a big stink and got it changed. It was such a relief to start working for myself in the 1990s and not being answerable to others about the salary I am worth.

4. Keep reading a book, or watching a film or a play if I am not enjoying it.

This has taken me a very long time to allow myself to do. Now, if I begin to find my interest flagging in something I am reading or watching, I give myself permission to stop. Not sure why this was such an issue, but these days (pre Covid) I always sit in the aisle seat at the cinema or theatre so that I can escape if I need to. Same with books - so many still to read, so little time to waste on something that isn’t enthralling me.

5. Wait for my first grandchild.

As I moved through my fifties I felt a longing to hold a baby in my arms once again. It was strange because I’m not that keen on babies, having enjoyed my own children more with each year that passed (happily). And, of course, the appearance of grandchildren is neither in your control or gift. I hope that my longing wasn’t too manifest but will admit to bursting into tears of joy on New Year’s Day in the middle of a street in London when Anna told me she was pregnant. I’d just turned 60 and it felt like the best birthday present ever.  I was besotted with Patrick when he was born - and 12 years on, I still am!

6. Endure either menstruation or the menopause.

Does anyone actually miss their ‘monthlies’ or that weirdness that descends during menopause like a fog until the whole thing is over and done with? My periods were accompanied by the kind of migraines that make you feel as though you will die, every month without fail.  And then the menopause pushed the migraines up a notch which saw me blind-sided and bedridden every other weekend, until HRT saved me. The thought that I’ll never again be at the mercy of my ovaries is blissful indeed.

Post divorce and while my daughters were in their teens, they would spend Christmas one year with my ex and the next year with me. The years without them were the absolute pits. A couple of times - once in Germany and once in South Africa, I ended up spending the Christmas holiday with people I hardly knew and literally counting the hours until the forced jollity was over. Now I am always with one daughter and family or the other and that’s all I need to be perfectly happy.

I was 38 when I sat my last exams to complete a BA Honours degree. And now exams are my ‘anxiety’ dream. You know the sort of thing - you are in a huge room with others and you turn over the exam paper and you know none of the answers to the questions and the panic grips you until you wake up and realise that it was all a dream. Thank goodness, never again.

9. Cook for a formal dinner party.

In the 1970s I was the proud owner of 72 part-works in the Cordon Bleu series of cookery manuals which cost 4/6d a week. These literally taught me to cook and each week they suggested a dinner party menu and gave step by step instructions. I seem to remember Chicken Veronique (cream and grapes) and Oranges in Caramel (don’t burn the caramel) with Brandy Snaps and Cream. Well, it passed for sophistication fifty years ago! I now loathe cooking and the fact that I will never again have to feed a group of people expecting ‘cuisine’ as opposed to just food fills me with joy.

How many times have I tried something in a changing room and thought ‘if I just lose a bit of weight and wear some serious smoothing underwear (and don’t sit down) I could get away with this.’ So I’d buy the ‘body-con’ dress but never did lose those 5lbs and the Spanx just created weird lumpy bits behind each armpit and made it difficult to eat which meant that instead of feeling svelte I just felt sick. So now if I find myself thinking ‘If I just……’ when I am trying something new, it goes straight back on the rack and I leave the shop thanking my lucky stars that I’m not playing that game anymore.

I could go on! So many things to be thankful for as we let go of the self-imposed expectations of our young selves and accept the wisdom and some of the freedoms that come with age. And how about you? What would be in your ‘reverse bucket list?’ Tricia x