The store will not work correctly in the case when cookies are disabled.
Family , Health

Deciding to Downsize at 70? 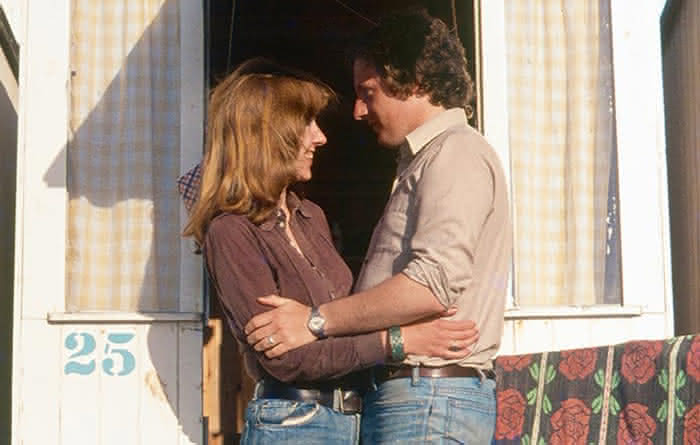 Have you started to think about how you might 'future proof' your life or maybe you have already done so?

By which I mean thought about what kind of accommodation you might need in the future when you are older and possibly less robust physically. It takes a brave soul to move into such specialist accommodation at 70 when there is no real need or pressure to do so, but that is just what my very good friend Penny Kocher (aka The Frugal Fashion Shopper) and her husband Bill have just done by massively decluttering and downsizing from a house in Newhaven to a retirement flat in Brighton. I thought you might be interested to hear why they have taken this step - which has appalled many of their friends. I must say it also surprised me because I feel (hope) I am years away from needing a more protected environment, especially as I already live in a small ground floor flat, but as you will read, Penny and Bill made their move for a number of very good reasons: 

For anyone who's a follower of my blog (frugalfashionshopper.co.uk) it's not news that I've moved recently. There have been plenty of posts about my decluttering (which was very successful, actually) of not only clothes and hats but furniture and other stuff. We travelled light to our new abode and have revelled in the whole situation from start to finish.

So, what's new about that? Plenty of people move and declutter. Well, the thing is, at the age of just 71 (and MOH only 69) we are now living in a 2-bedroom retirement flat.

Here's a pic of us on our honeymoon!

And many years later!

Can I say that I realise that in the States there are many retirement villages full of housing for people over 60. Here in the UK we have far fewer of these (space, I guess) and it is more usual to have a so-called 'block' of flats for the retired to either rent or, in our case, buy. But, it is, I think, quite unusual for people to choose to live in these places. Moves to these flats often occur because people are in crisis or have to move.

But we chose to live where we are  and are very happy about it. And I'll give you my reasons for this move shortly. What has been fascinating were the reactions to our decision. Everyone we know over 80, said, without exception, 'oh, well done, I wish I'd done that at your age.' Conversations in this age group went very much like one I had quite recently. She had retired to a beautiful but isolated village in Wales, but now that she could no longer drive felt it had been the wrong decision ' it was another 'good-for-you' reaction.

Most of our friends who are our age (70) looked a bit surprised and then said, well, we might do that when we're 80'. My reaction to that, is, "no you won't!" More about why I say that later. As for our many friends who are at least 5 or more years younger, quite often there was shock, and a spluttered "but you're too young for that!".

Which leads me on to a response that came from all age groups which was, "but you'll be living with old people." One person sent a card and wrote inside, "I fear your neighbours will be old". What? I fear!

After a while, I began to reply, "Look, sweetie, I am old, have you got a problem with that?", which got a rapid denial! Yes, it's been an interesting few months.

So, why did we make this move? I'm going to break it down to three main reasons, which Ill call: the very sensible decision, the I carry a lot of baggage decision, and then the real reason. Or so I thought at the time because as ever, our decisions usually come from many different places and ideas, some hidden.

The very sensible decision is one that Im sure all of you, yes all of you, reading this know about. Its about how we prepare for our frailer older age. Living on one level with no garden and fewer maintenance issues is a very sensible idea, as is having red pull cords in each room (weve had them removed) a manager on site (hes great) and activities in the communal room (not ready for those  but hey theyre there). And the garden thing. Look, I was an excellent gardener, but things like my hands (I have thin skin that bruises and cuts very easily now) and my back come into the equation. Also, Ive just visited an elderly relative and the garden was a total mess. I could nothave my garden looking like that, it would destroy me. Now I look out of my window on a beautiful communal garden maintained by someone else  and I am totally OK about it.

Yes, really, really, sensible. And I firmly believe in facing where our age is taking us. I do. I just do.

But being sensible wasnt the main reason, because, actually, I carry a lot of baggage.

We cleared up not one but three of my relatives houses. Not one of them had a plan for what they would do when they couldnt cope, so it was down to the younger generation. One of the three was my widowed mother who, at the age of 78, could not manage on her own.

I cleared her house (in Suffolk while living in Brighton with teenagers) and moved her to a retirement/sheltered housing flat in Hove. All of this when I was working on a national project in London. The effort, whilst doing a full-time job  in the end I had to take a lot of sick-leave. There were times when I woke up and had no idea which county I was in, as it meant many trips up to Suffolk and overnight stays during the working week to organise it all. And, of course, she hated the move. But, there were some older people (probably not much older than me now) who were happy living in their flats. Over the 2 years I visited my mother, I talked to these people and found out that they had chosen to live there. So, every time I visited I said to myself, again and again, 'Ill do this earlier, 'Ill do this earlier, Ill do this earlier. AND. I will never do this to my children. I will NEVER do this to my children.'

You get the picture. Its kind of imprinted. That we were going to move to a retirement flat. When I told my children we were moving they were the least surprised of all, as theyd heard me saying Id do this so many times.

And then there was the real reason! Honestly, this might upset people who know about our lives in Newhaven and what we did there. And Im hesitating to write this  but it really was the starter for the move.

You need to know that we have been running a film society for 5 years now and for an entire year we had been asking for someone else to run it. No one came forward. So, our decision to move came about like this:

And that is totally the main reason we started looking at moving to a retirement flat  these flats are (and I dont know why) very, very cheap! Yes, thats what kicked it off  the price of these flats.

Now we're here, we feel it's been such a good move. And I'm loving the challenge of updating the flat. It's very creative. But its been so very exhausting! Remember I'm 71. Anyone who says they'll do this when theyre 80 will need a lot of help from other people. And as you know, that wasnt what we were going to do  impose on our children when they have full-time jobs and teenagers.

But we're all different, we all have different views on how we live. But if youre thinking of down-sizing and making that last move  at the very least investigate the possibility of a retirement flat  why not? Its a very sensible decision!

So what about you? Have you also decided to future proof your life? Or is the idea of leaving your family house too painful for you to contemplate whilst there is no apparent need to do so? Do leave us your comments and tell us your thoughts.

How to Look Fabulous Forever!